One of the most common applications of RNA-seq is to estimate gene and transcript expression, and it is a required step before differential expression analysis. It starts with the alignment or mapping of reads and there are two possible alternatives: mapping to the genome when a reference sequence is available (RNA-Seq Alignment) or mapping to the transcriptome (RNA-Seq de novo Assembly ). After the mapping, the read quantification is performed. The simplest approach is to aggregate raw counts of mapped reads taking into account gene coordinates. Other cases require more sophisticated algorithms, capable of allocating multi-mapping reads among similar transcripts (isoforms).

This functionality can be found under Transcriptomics → Create Count Table. 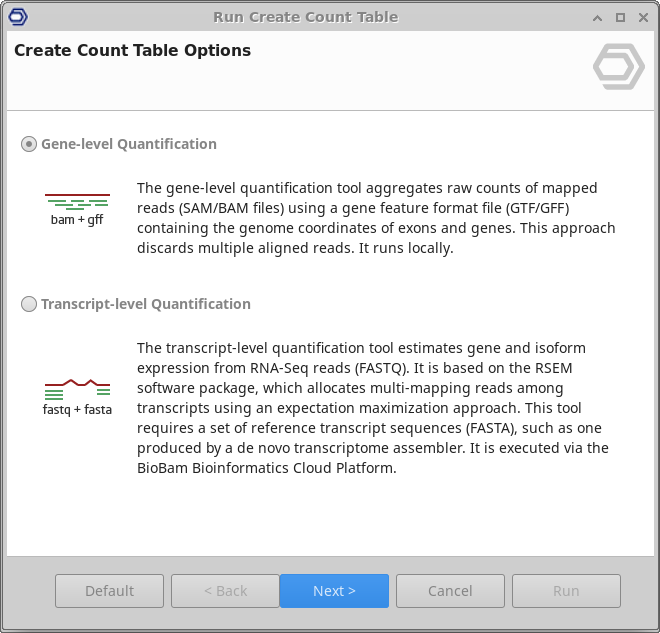