Mixing different read types is not yet supported. 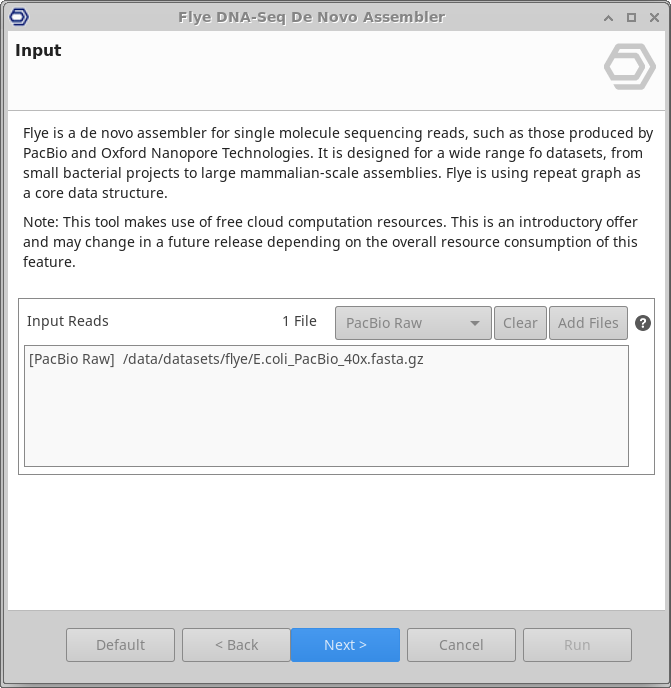 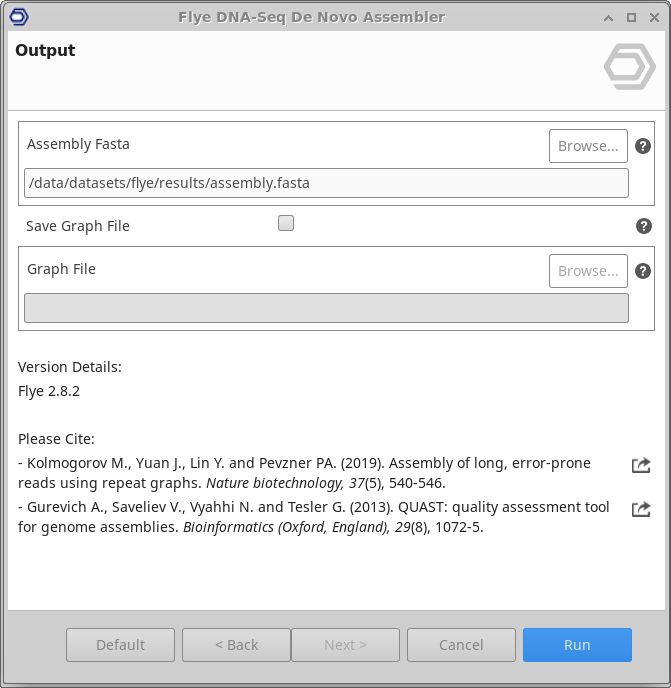 Repeat graphs produced by Flye could be visualized using AGB or Bandage.

In addition to the resulting files, a report and a chart are generated. The report shows a summary of the DNA-Seq De Novo Assembly results (Figure 4). This page contains information about the input sequencing data and a results overview. The Results Overview table shows a number of common statistics used to describe the quality of a sequence assembly (see the explanation in the previous section).

The Nx plot (Figure 5) shows Nx values as x varies from 0 to 100 %. The Nx values are displayed for contigs and scaffolds. 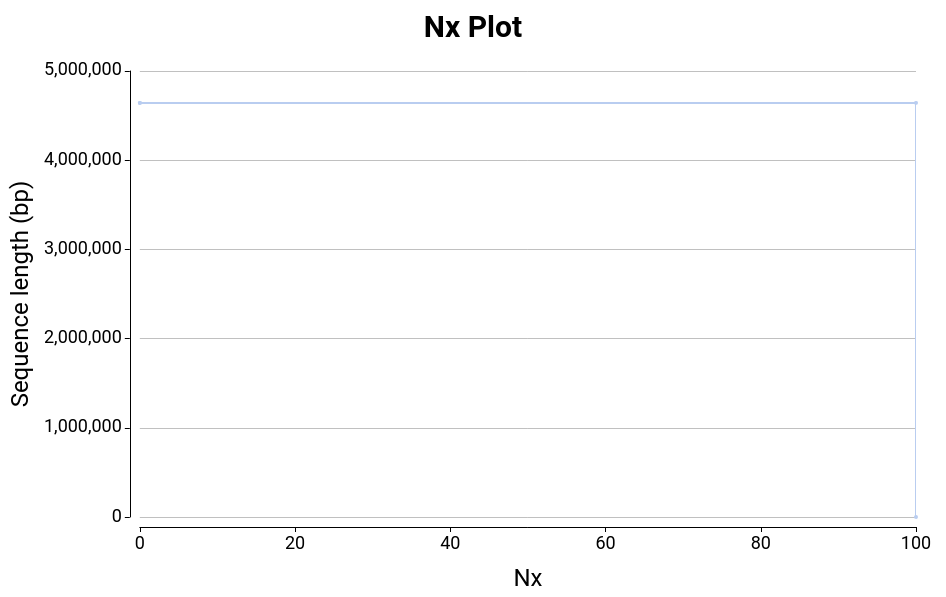