Genome assembly refers to the process of taking a large number of short DNA reads and putting them back together to create a representation of the whole genome from which the DNA originates. De novo genome assemblies assume no prior knowledge of the source DNA sequence length, layout or composition (i.e. no reference genome is available). The goal of an assembler is to produce long contiguous pieces of sequences (contigs) from DNA-seq reads. The contigs are then joined together to form scaffolds where possible. Short-insert paired reads provide increased information for maximizing sequencing coverage, while long-insert mate paired-end reads can pair sequence fragments across greater distances. This is especially helpful to cover highly repetitive regions.

This functionality can be found under Genome Analysis → DNA-Seq De novo Assembly. 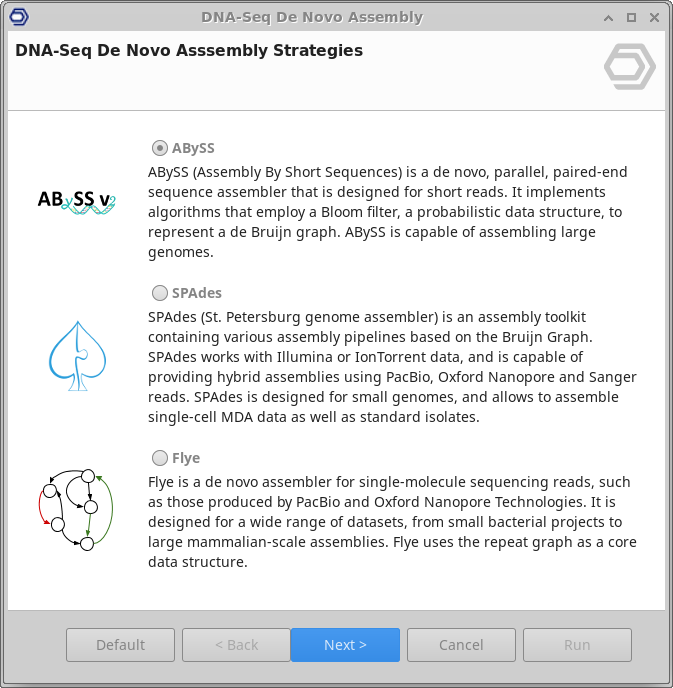