This section provides a quick run-through of a basic functional annotation process done within OmicsBox. More detailed descriptions of the different analysis steps and more advanced features are described in the remaining sections of this documentation.

Click on Blast from the Side Panel. In the Blast Configuration Dialog (BLAST) select the way in which Blast will be executed (CloudBlast, NCBI Blast or Local Blast), the type of Blast mode which is appropriate for your sequence type (Blastx for nucleotide and Blastp for protein data) and the taxonomies you want to blast against. Click Next for the advanced settings and to choose where to save the Blast results, and click Run to start the Blast search.

If you are running blast using CloudBlast we recommend to run blastx-fast or blastp-fast as it is faster and fewer computation units will be consumed.

By clicking on the InterPro icon on the Side Panel the corresponding Wizard will be shown. If InterProScan is executed via the EMBL-EBI web service, please provide a valid email address. This is not needed if InterProScan is run via CloudIPS. It is highly recommended to run IPS in order to improve the quality of the annotations. Once InterProScan results are retrieved using Merge GOs to add GO terms obtained through motifs/domains to the current annotations. InterProScan can be run in parallel with BLAST.

Click on Run GO Mapping from the Side Panel to open to start mapping GO terms. Mapped sequences will turn green. Once Mapping is completed visualize your results at the Side Panel > Charts.

Click on Run GO Annotation on the Side Panel to open the Annotation Configuration Window. Click Next to change the evidence codes and finally click Run to start the annotation. Annotated sequences will turn blue.

OmicsBox provides tools for the statistical analysis of GO term frequency differences between two sets of sequences. On the Side Panel go to Functional Analysis > Enrichment Analysis and a new Dialog window will open to choose between the Fisher's Exact Test or GSEA. Select a .txt file or an ID list containing the sequence IDs for a subset of sequences. A test-set example file can be downloaded from the OmicsBox website. Select the second set of sequences as a reference set if desired. If no reference set is provided all annotations of the corresponding project will be used as the reference. Click Run to start the analysis. A table containing the results of this analysis will be displayed in a new tab.

OmicsBox can visualize the combined annotation for a group of sequences on the GO DAG. Select a group of sequences to generate their combined graph at the Side Panel under Selection > Select Sequences. Now Select by Features and Select by Name or ID. You can use the Demo Test Set used previously for this. Alternatively, you can select sequences using the sequence checkboxes of the Main Sequence Table.  Now on the Side Panel under Functional Analysis > Combined Graph. Now click Run.

File > Save saves the current OmicsBox project as .box file.

Once finished with any step or at the beginning, we can obtain a general chart that shows the state of the analysis of the entire data.
We will be able to know the number of sequences that belong to a concrete state (Tools > General Charts).

The data distribution can be visualized in two different charts, one as a bar chart and the other as a pie chart (Figures 1 and 2).

These are the different states we are going to find in the charts:

Each state will have assigned a specific colour.

It is also possible to see the progress of the analysis (Figure 3).

From the 1000 sequences, 700 have blast results.
From the chart, it could suggest there are still some analyses to be completed, such as mapping, annotation and specially InterProScan.

Once all the analysis steps have been executed the Analysis Progress chart should be similar to the one in Figure 4. 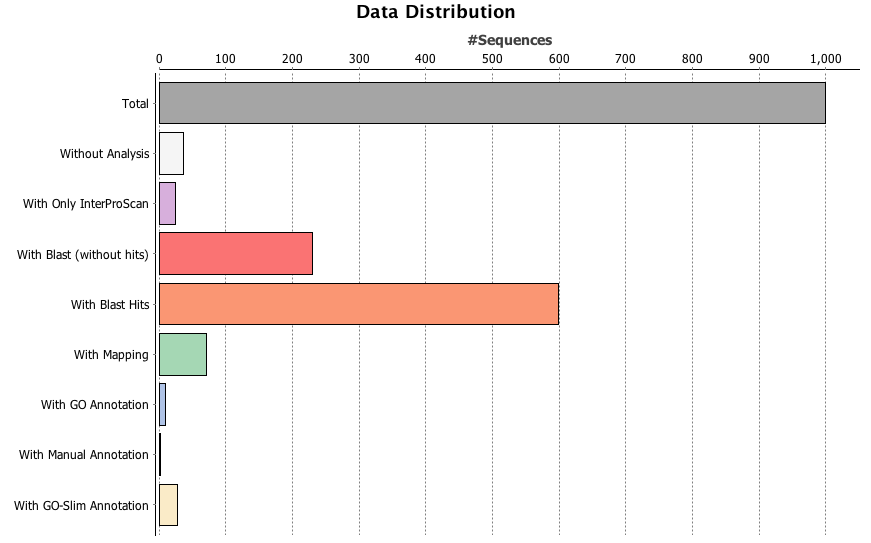 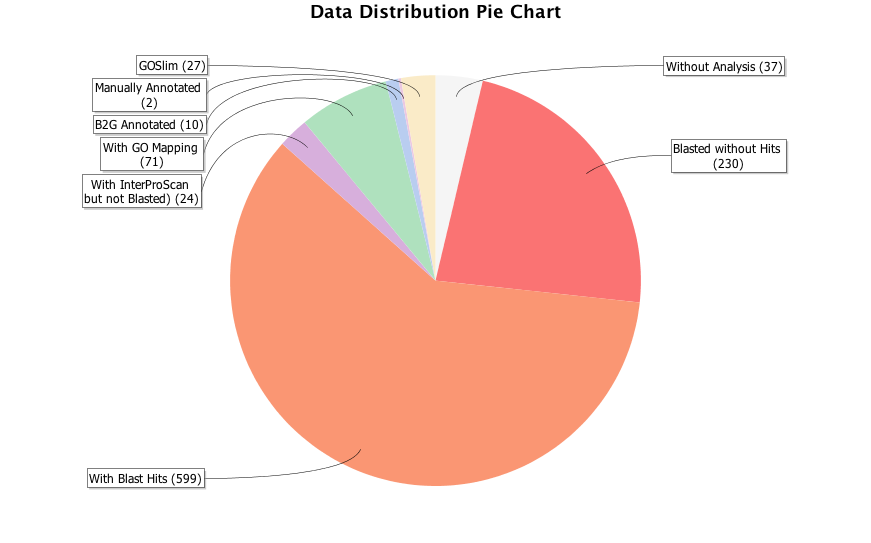 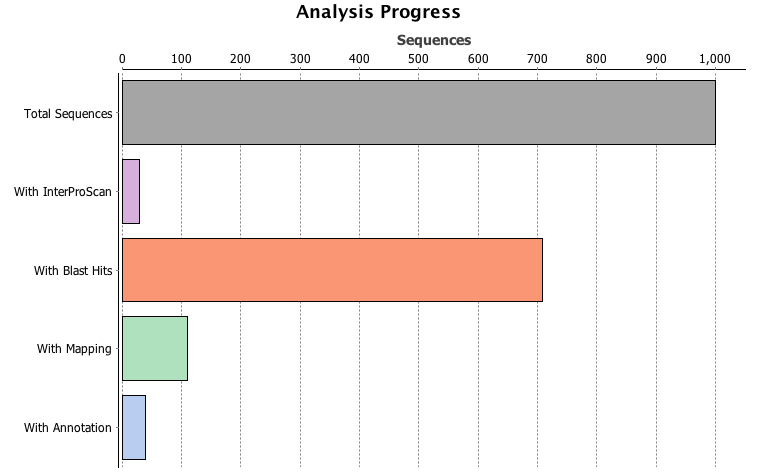 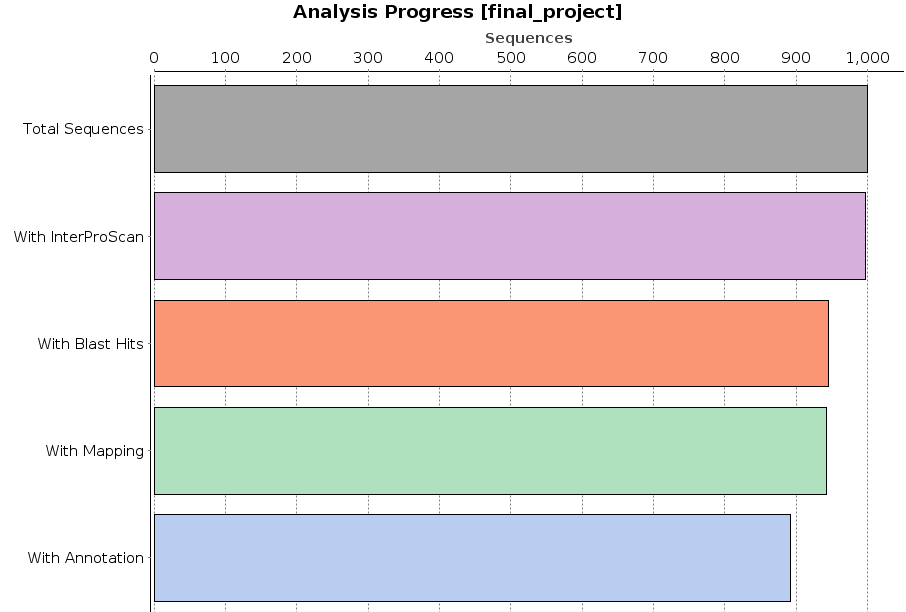