Glimmer (Gene Locator and Interpolated Markov ModelER) is a system for finding genes in microbial DNA, especially the genomes of bacteria, archaea, and viruses. Glimmer uses Interpolated Markov Models (IMMs) to identify the coding regions and to distinguish them from noncoding DNA. Glimmer was the primary microbial gene finder used at The Institute for Genomic Research (TIGR), where it was first developed, and since then has been used to annotate the genomes of hundreds of bacterial and archaeal species from TIGR and other labs.

The precision of Glimmer lies in its Interpolated Context Models (ICM), which are built for every query genome, by calculating and adapting the algorithm parameters to the GC content, the start and stop codons, etc.

First, this tool takes all provided FASTA files to build the most accurate model for the genome under study. Once the model is built, it performs the gene finding for each input sequence. In addition, the prokaryotic gene finding application allows saving the model created with all the sequences from the same organism, and use it to perform gene prediction on short sequences without loading the complete genome. This could be useful to run this procedure on small genomic fragments. Furthermore, if the complete genome of the target organism is not available, a model can be created from the genome of a close evolutionary species.

Note: Be sure to select only the FASTA files containing the sequences of the query organism. 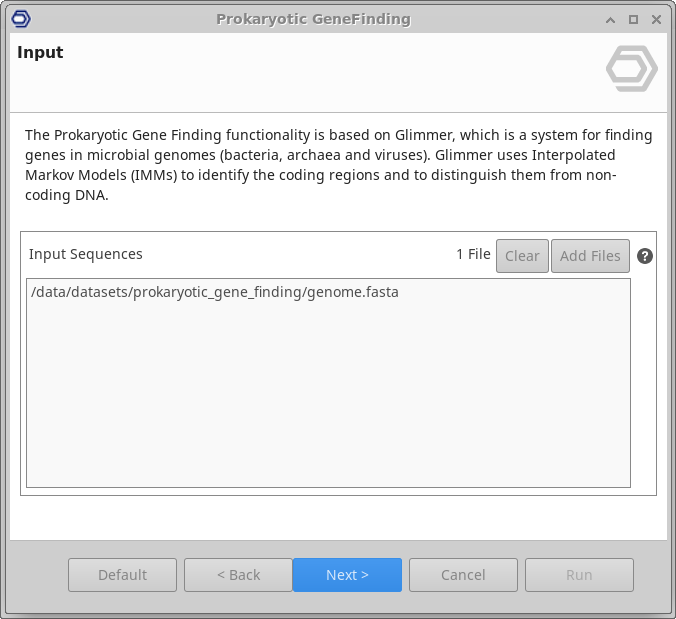 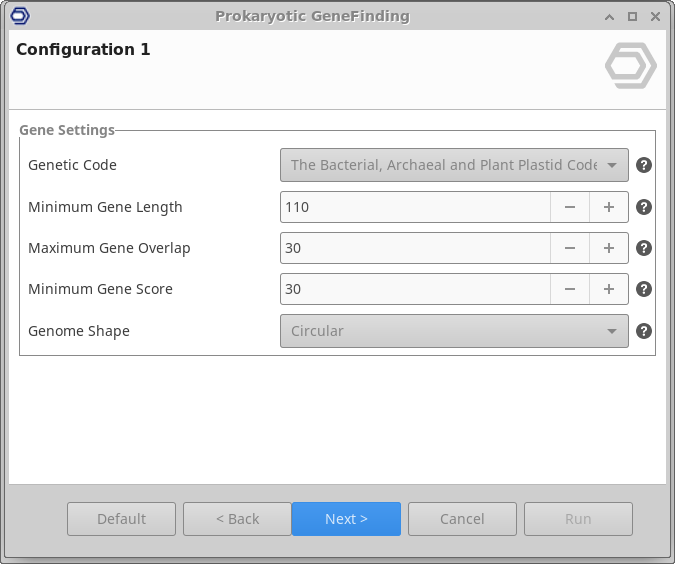 Note: The ICM model is species-specific: the more sequences used to build it, the more accurate the model will be.

For example, if the period is 3:

Only genes with an entropy distance score smaller than the given value will be considered. This parameter is inspired by the fact that the coding sequences can be translated to an amino acid sequence (protein), whereas the non-coding sequences do not have this function. The class of amino acid sequences that are able to fold into a protein has a global organizational order in contrast to those pseudo-amino-acid sequences generated from non-coding (or completely random) DNA sequences. Looking at the amino acid composition (or abundance) of a sequence, the entropy of the resulting protein can be determined, which allows to cluster two types of sequences (coding and non-coding). 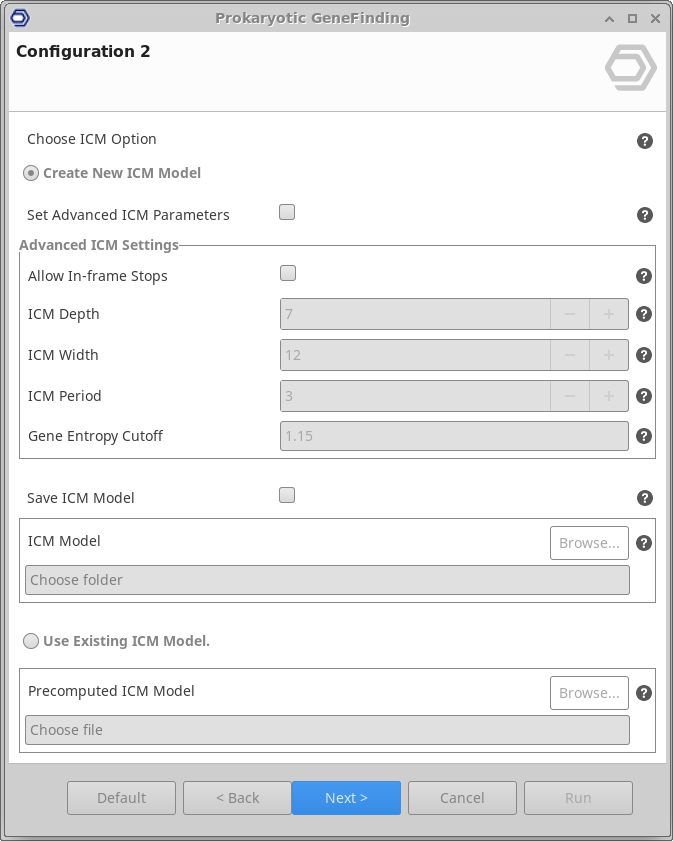 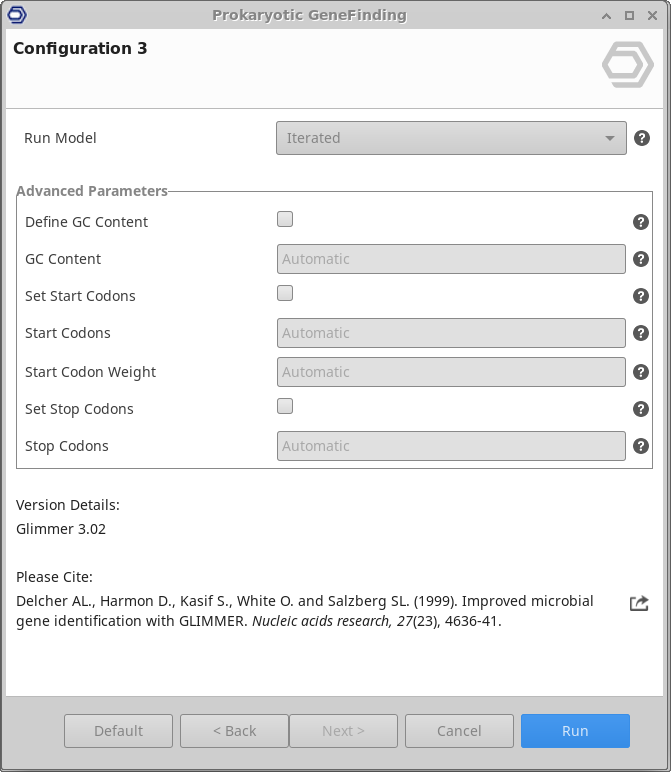 Once the prokaryotic gene-finding tool has finished, two projects are automatically opened: 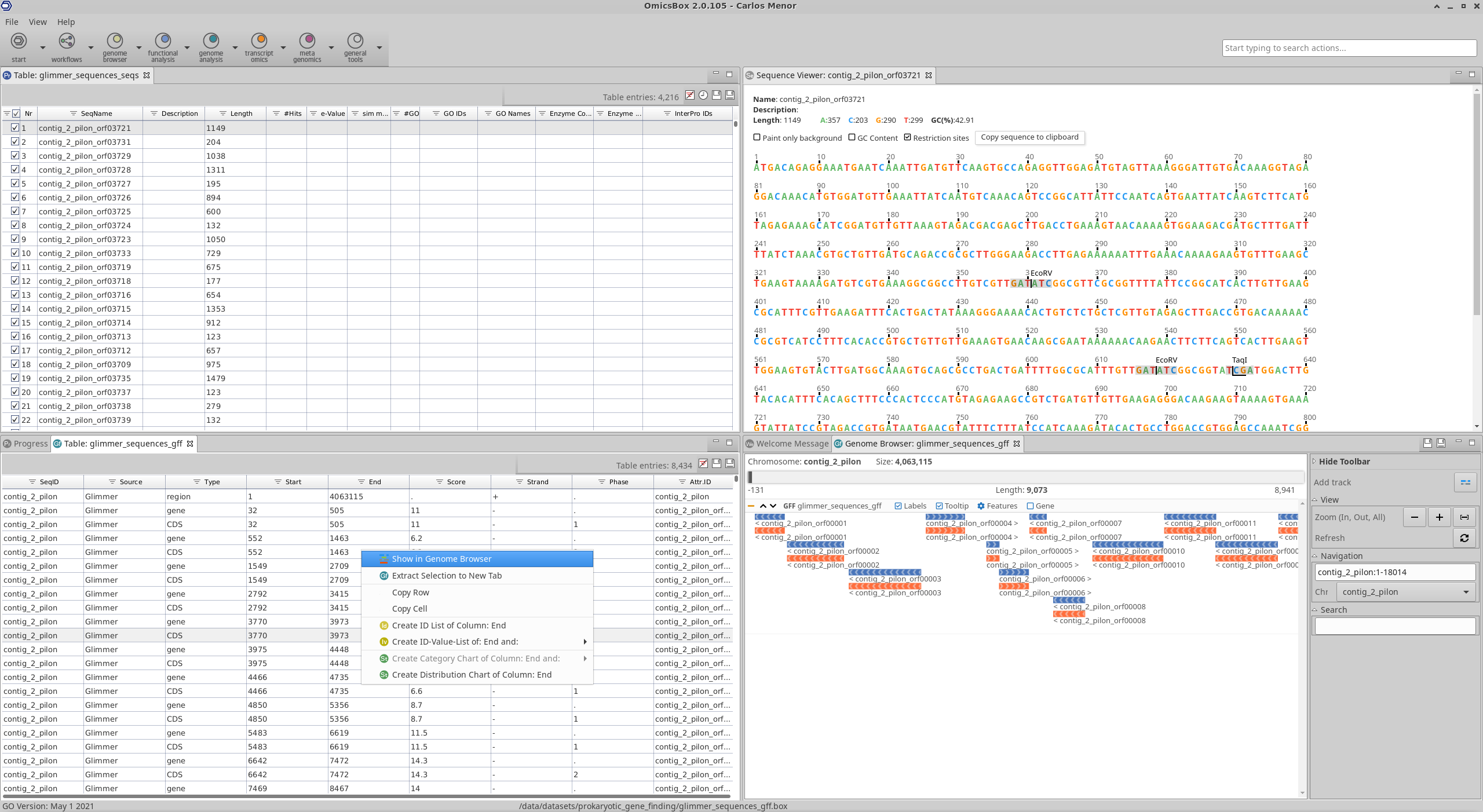 Figure 5: How to open the Genome Browser

A Result Viewer is also opened to display the name of each sequence present in the FASTA file, the number of genes per sequence, the minimum and maximum gene length, and the strand position of the genes found (Figure 6). 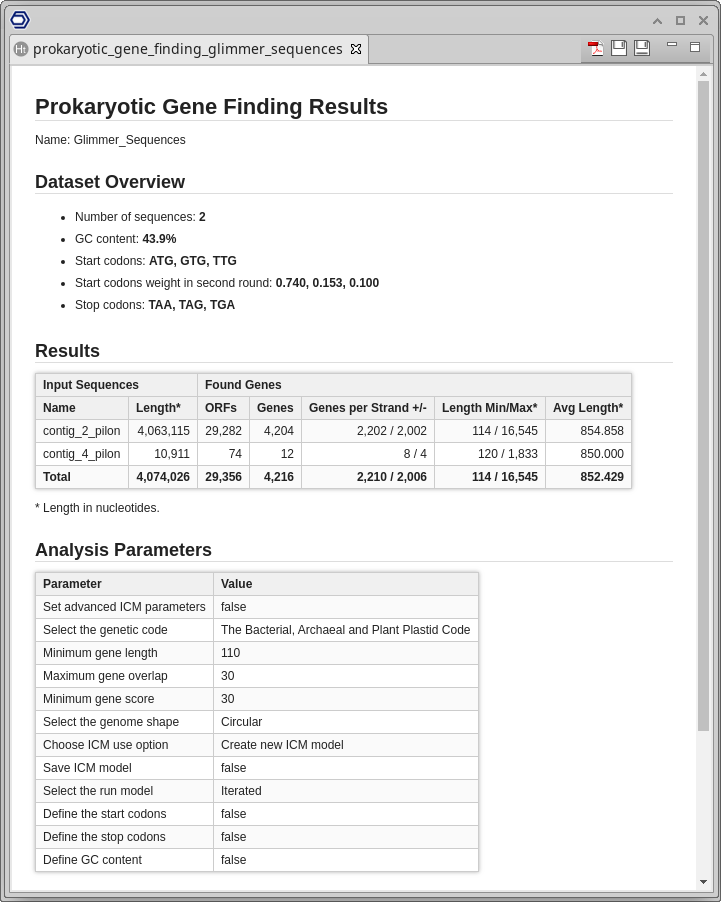