SPAdes is a de novo genome assembly pipeline that can deal with data coming from several sequencing technologies and supports hybrid and single-cell assemblies. The SPAdes assembly pipeline consists of four stages:

SPAdes uses a modification of Hammer for error correction and quality trimming prior to assembly.

Contigs produced by SPAdes do not contain N symbols.

These files are assumed to be in FASTQ format. For IonTorrent data, SPAdes supports unpaired reads in unmapped BAM format. 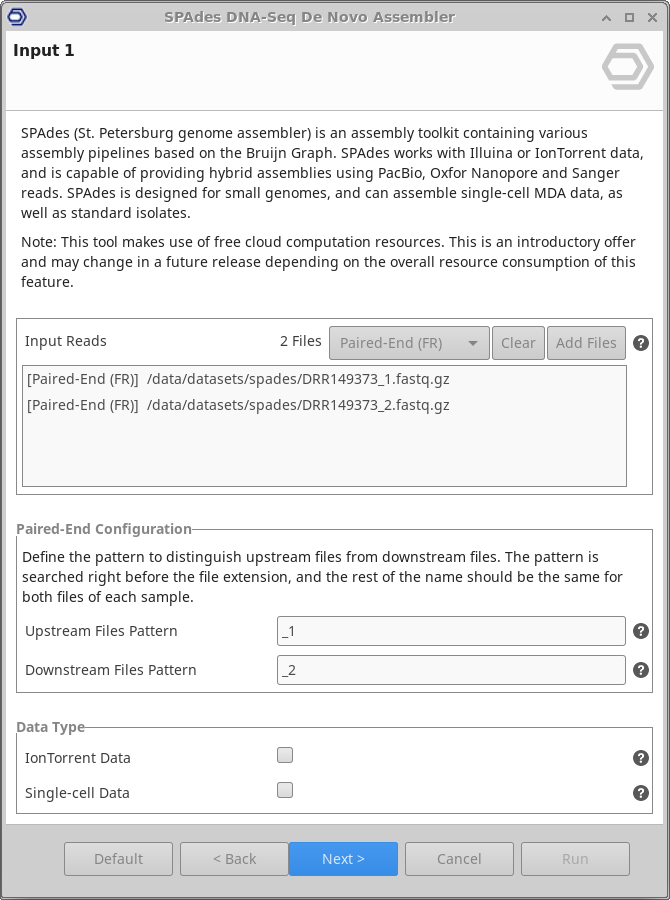 Only contigs of the same genome should be specified since SPAdes does not work with genomes of closely related species. 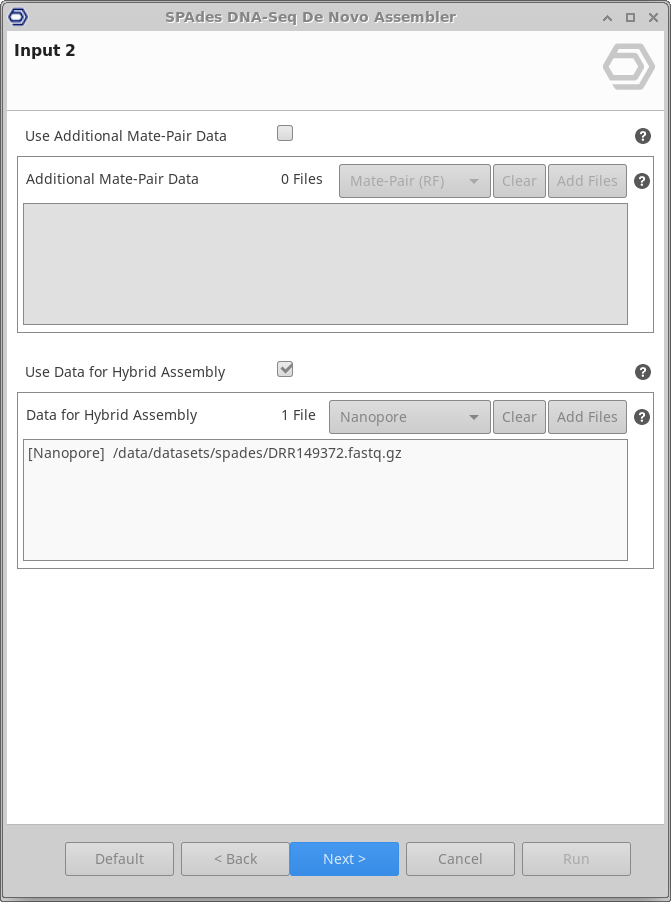 This option is recommended only for the assembly of small genomes. For large and medium-size eukaryotic genomes is not recommended. 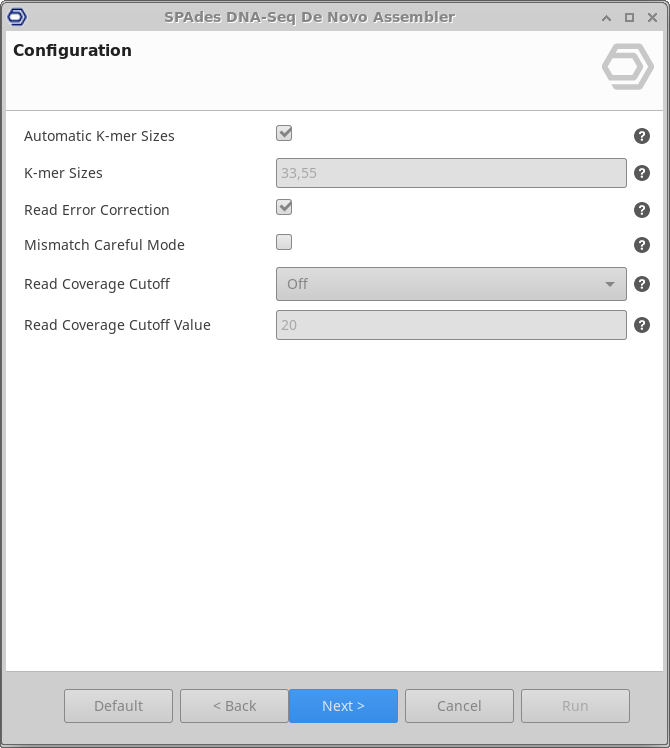 If the “Save Graph Files” option is checked, SPAdes returns the assembly graph and scaffolds paths in GFA 1.0 format. The “assembly_graph_after_simplification.gfa” file correspond to contigs before repeat resolution (edges of the assembly graph). Paths corresponding to contigs after repeat resolution (scaffolding) are stored in “assembly_graph_with-scaffolds.gfa”.

To view GFA files, the Bandage visualization tool is recommended.

In addition to the resulting FASTA files, a report and a chart are generated. The report shows a summary of the DNA-Seq De Novo Assembly results (Figure 5). This page contains information about the input sequencing data and a results overview. The Results Overview table shows a number of common statistics used to describe the quality of a sequence assembly (see the explanation in the previous section). 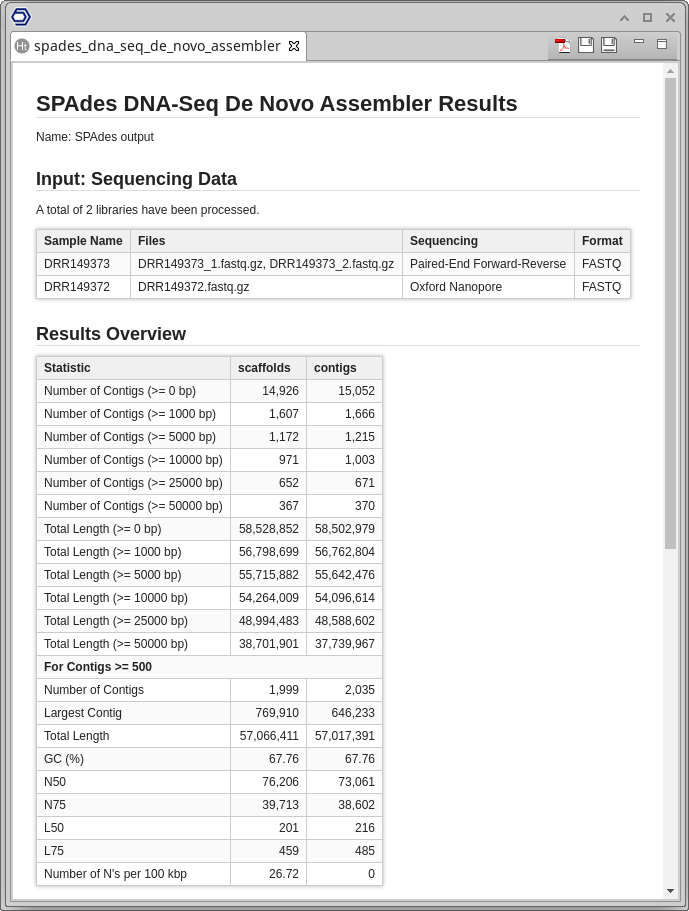 The Nx plot (Figure 6) shows Nx values as x varies from 0 to 100 %. The Nx values are displayed for contigs and scaffolds. 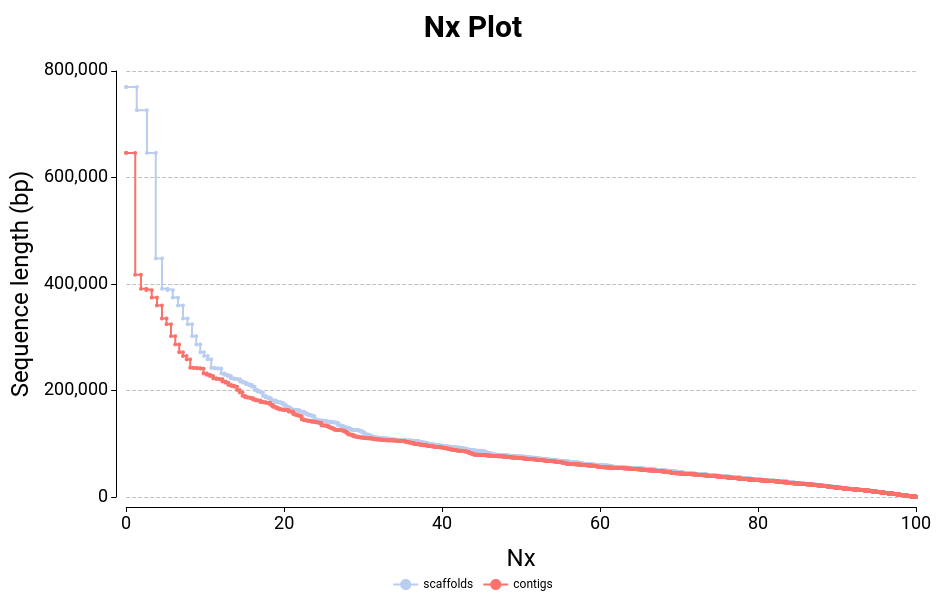