The main innovation of ABySS 2.0 is a Bloom filter-based implementation of the unitig assembly stage. It reduces the overall memory requirements, enabling assembly of large genomes. A Bloom filter is a compact data structure for representing a set of elements that supports operations of inserting elements and querying the presence of elements. The Bloom filter data structure consists of a bit vector and one or more hash functions, where the hash functions map each k-mer to a corresponding set of positions within the bit vector (bit signature for the k-mer).

During unitig assembly, two passes are made through the input sequencing reads: 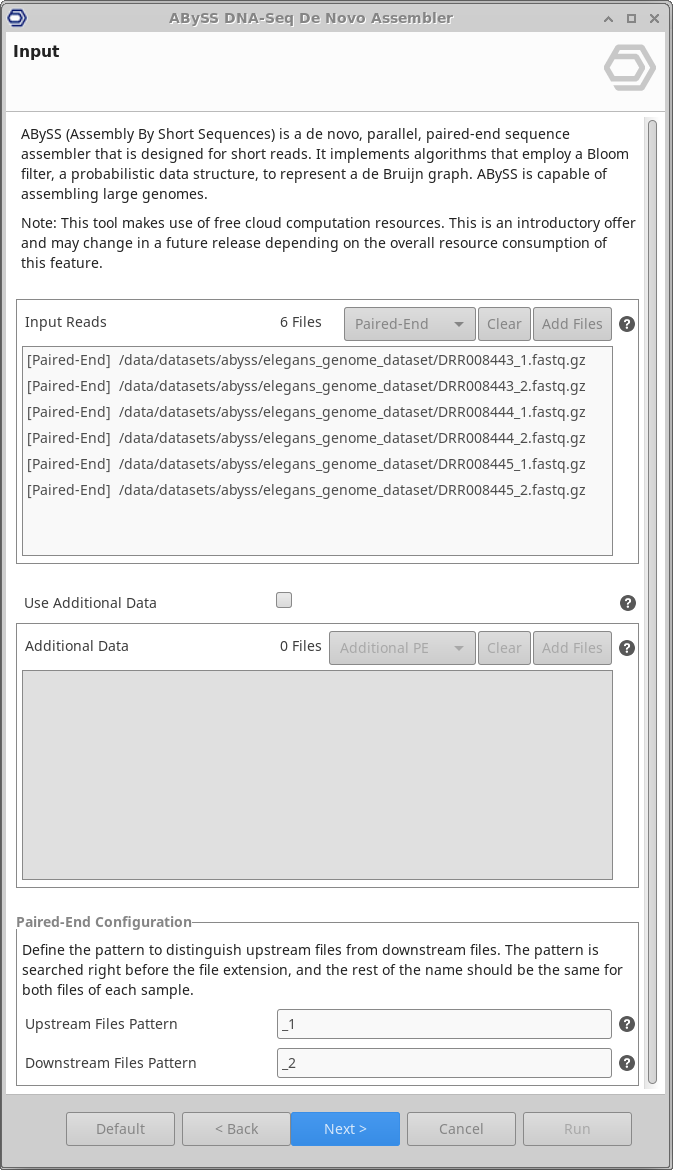 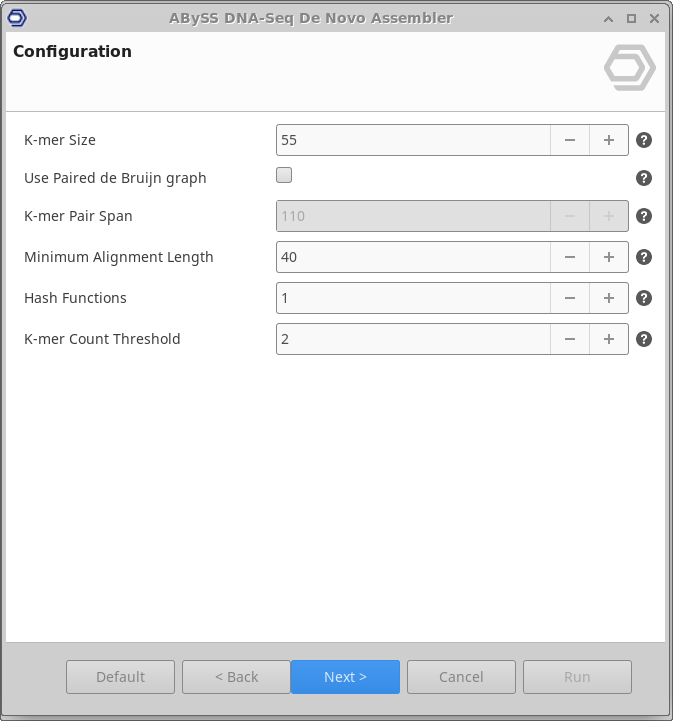 Note that this file is only generated if long sequence data were provided. 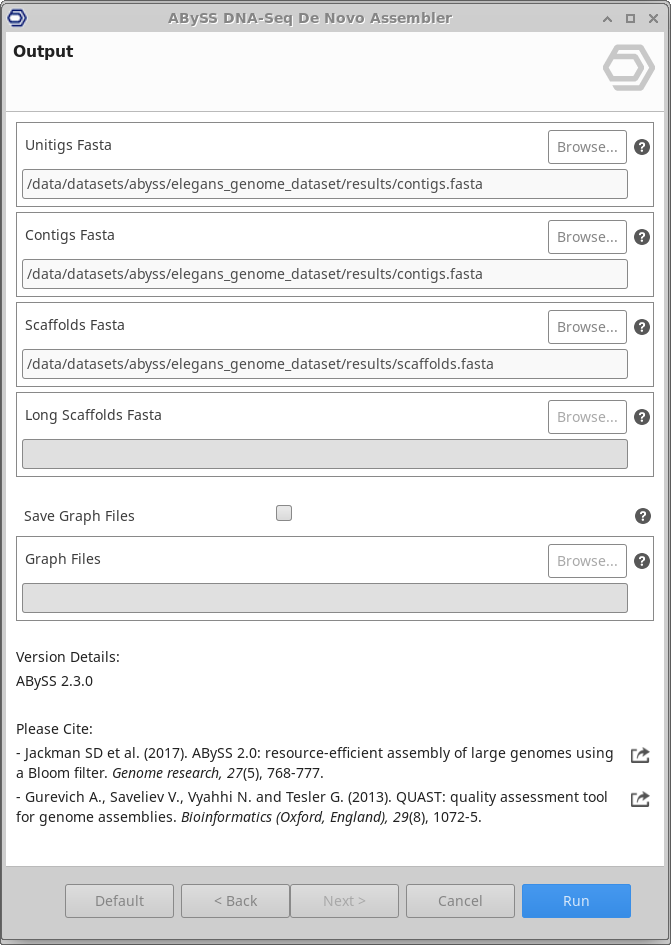 ABySS returns the assembled sequences in three FASTA files (four if long sequence libraries were provided). Each one corresponds to a different stage of the assembly procedure:

If the “Save Graph Files” option is checked, ABySS returns the sequence overlap graphs in Graphviz dot format. The GraphViz DOT syntax is well defined and implemented by a number of existing graph tools.

In addition to the resulting FASTA files, a report and a chart are generated. The report shows a summary of the DNA-Seq De Novo Assembly results (Figure 4). This page contains information about the input sequencing data and a results overview. The Results Overview table shows a number of common statistics used to describe the quality of a sequence assembly: 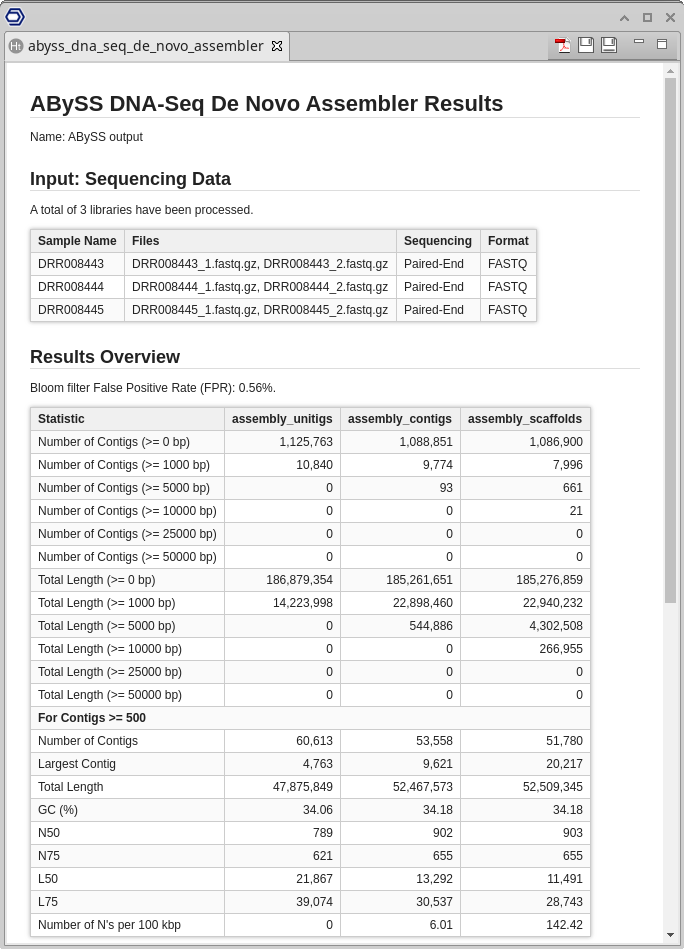 The Nx plot (Figure 5) shows Nx values as x varies from 0 to 100 %. The Nx values are displayed for unitigs, contigs and scaffolds. 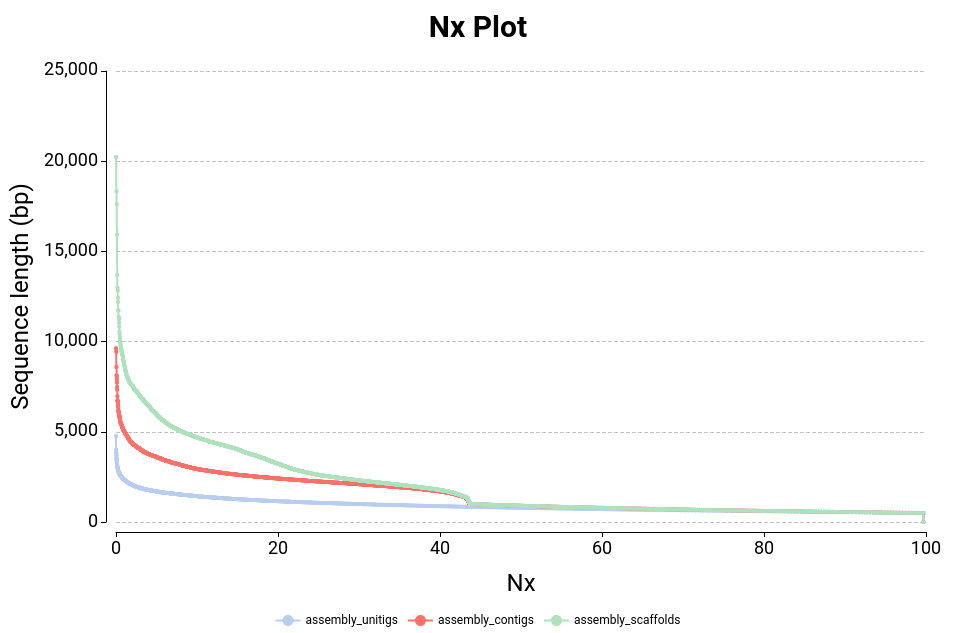